I wish I knew more about Street Fighter so I could come up with better Ryu puns or references. My knowledge of SF (do people abbreviate it like that?) ends at knowing it was fighting video game I had growing up that wasn’t as good as Mortal Kombat (hot take alert). And for the record, yes, I know Hyun-Jin Ryu pronounces his name differently. Give me a break, and go with it.

Anyway, two names that stuck out to me near the top of the Razzball Streamonator rankings for Week 13 Two-Start Starters were Hyun-Jin Ryu and Rich Hill, both left-handers for the Dodgers. Streamonator has Ryu at 5th and Hill at 7th among two-start starters. And, as of this writing, Ryu is owned in less than 5% of leagues while Hill is owned in less than 70%. So, if you are desperate for a two-start starter this week, stop reading this right now, pick up one or both of them, and then come back and finish the rest.

Now, if you skipped ahead to my chart below, you’ll notice that I am not as high on the two Dodgers lefties as Streamonator is. This is partly because I do not weight the opponent as heavily, and Streamonator clearly likes their matchups against the Angels and Padres this week. And, well, those are two pretty good matchups, so I get it.

Of the two, I like Rich Hill more, especially if you need to pick up someone for more than just next week. Ryu might not even be in the starting rotation anymore at that point. Obviously, Ryu is available in more leagues. Hill might not be an option for many of you at this point. But worry about the future after you get through this week with Ryu.

As for value, Streamonator has Ryu at $26.70 and Hill at $22.20. The only other two-start starter with a value of more than $10 and an ownership of less than 75% this week is Michael Wacha. If you haven’t been paying attention, Wacha hasn’t been able to get out of the fifth inning in five of his last six times out. I also don’t trust his matchup against the Red and Nationals this week, so I am staying away. 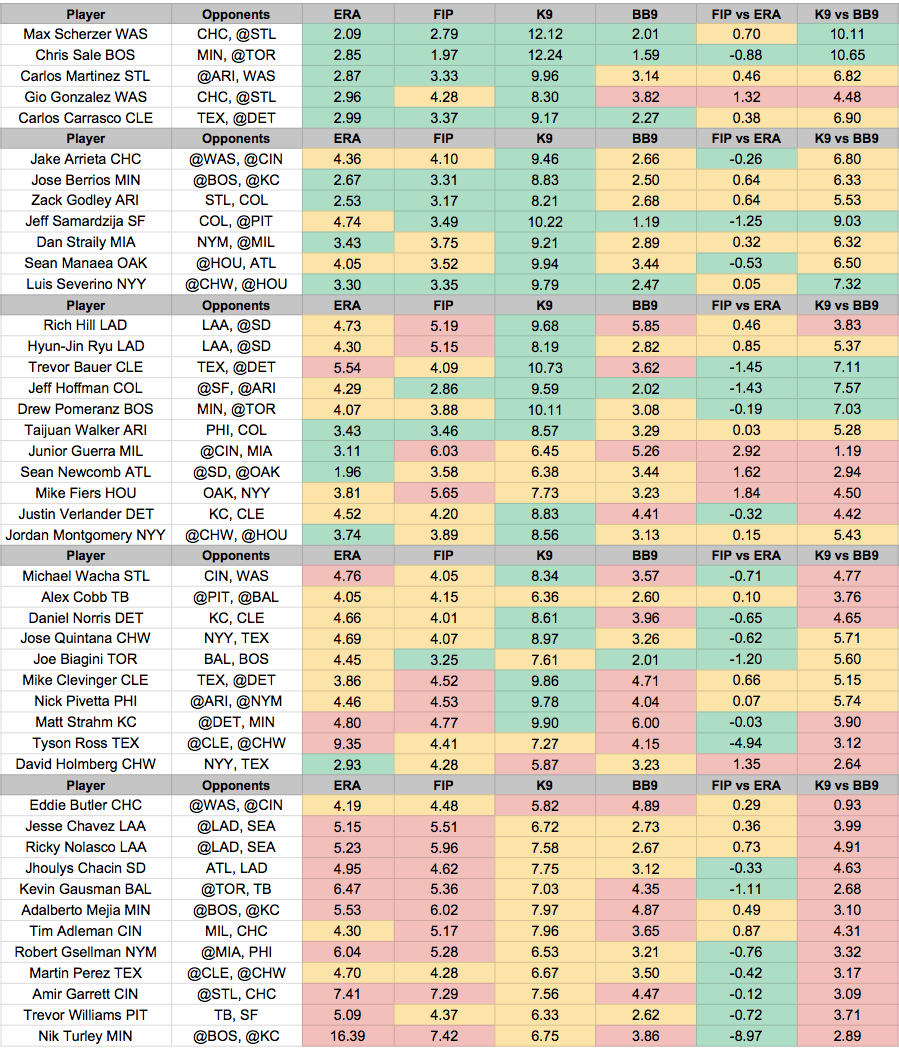