Our interview subject is the Republican Vice-President nominee – a politician whose gender, backstory, home state, interviewing talents, charisma, religious views, and ocular skills (wink vs. crazy-eyed stare) have made her the most compelling and polarizing nominee since Andrew Jackson tapped South Carolinian John C. Calhoun. 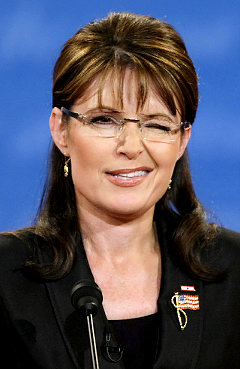 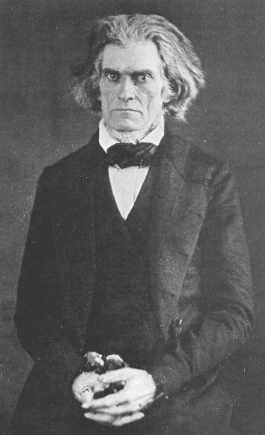 It might seem crazy to talk to a VP nominee about fantasy baseball but we urge you, the reader, to consider the parallels between managing a fantasy baseball team and the country.  Would you want the doofus in your league who keeps drafting Garret Anderson and Frank Thomas to be President?  Last thing we need is a President who trades Hawaii for Samoa and Tonga.

Also, it’s worth noting that baseball and the White House have been intertwined for ages.  Examples include:

On to our interview with Sarah Palin…

Rudy:  Mrs. Palin, we appreciate you taking time out of your busy schedule to do this interview.

Palin:  Oh, it’s my pleasure.  My advisers thought it would be good if I only did interviews with those outside the media elite – all that gotcha journalism…

Rudy:  That sounds like a good strategy.  So I know about your passion for hockey.  Are you as much of a pitbull on fantasy baseball?

Palin:  You betcha.  I grew up in Alaska where girls were expected to hunt, play fantasy sports, fish, all that stuff.

Rudy:  What fantasy baseball sites and blogs do you read to keep you informed?

Palin:  Oh, I’ve read most of them with a great appreciation for their player advice and statistical insights…

Rudy:  Any specific ones?

Palin:  All of ’em.  Any of ’em that have popped up on my computer screen over these years.

Rudy: What is John McCain’s feelings on fantasy baseball?

Palin:  He’s a big fan.  He’s been in Arizona a lot longer than the Diamondbacks (editor’s note:  not the baseball team.  the actual snake that the team is named after and is indigenous to Arizona) so fantasy baseball is really where he first had a rootin’ interest.  He’s the original fantasy baseball maverick.

Palin:  He crossed the aisle to create a bi-partisan fantasy baseball league in the Senate.  He has worked with both parties on unfair trade policies.  I think we’ve all been in leagues where someone goes “Oh, my team isn’t doin’ so well so you’re my friend and I’m gonna help ya by givin’ ya all my good players for nothin'”. Well, John McCain stepped in and stood up to those special interests.  When lobbyists offered to sponsor a big prize for the league winner, John McCain said “Only if you pay for 2nd place too.”

Rudy:  Can you name one instance where John McCain did anything maverick in his drafting?  In his roster management?

Palin:  He once drafted Hee-seop Choi just to watch him die on his bench.

Rudy:  Okay, then…Can you elaborate on your policy that you refuse to drop a player from your team under any circumstances?

Palin:  Rudy, I believe every draft pick is sacred.  A blessing.  I held onto Hunter Pence all year despite him havin’ a bad year because, well, he sounded like one of my sons.

Rudy:  But aren’t there cases where it’s ok to drop a guy off your roster?  Say you drafted Mark Prior and he’s not expected off the DL anytime soon and you don’t have an open DL slot.  What would you say to someone who wanted to drop Mark Prior in this instance?

Palin:  I would council them to keep Mark Prior on the roster.  He’s a perfectly beautiful pitcher that has special needs….

Rudy:  Let’s step back from fantasy baseball and talk about a broader topic:  baseball.  What do you see as the most serious issues facing baseball today?

Palin:  Oh, I’m glad you asked, Rudy.  I think the most troublin’ thing facing baseball is our dependence on foreign baseball players in our national pastime.  We have domestic supplies of athletes all over this great land but we aren’t tappin’ into ’em…instead we’re relyin’ on foreign countries to produce ’em for us.  MLB teams – usin’ taxpayers’ ticket revenues may I add – are circulatin’ almost $1 billion a year into players not born in America.  Those jobs should stay here doggone it.

Rudy:  Some argue that Alaskans are out of touch with this internationalization of baseball as the closest baseball team – the Seattle Mariners – is nearly 1,500 miles away from Alaska.  How do you respond?

Palin:  What those people don’t realize is that Alaska has a land boundary with Canada.  On a clear day, I can see Larry Walker trippin’ over carcasses in the Yukon Territory.    When you consider that Justin Morneau won the MVP two years ago and Erik Bedard ruined so many fantasy teams this year and, as Jason Bay rears his head in Boston…I mean as Canadians invade America to get on baseball rosters, where are they goin’ to go?

Palin:  And the Alaska Baseball League.  But I’m glad you mentioned Milwaukee because I’m a big fan of Ryan Braun.  He’s our best ally in “The Middle West.”

Rudy:  You’ve got the attention of tens and tens of fantasy baseball readers.  What would you like to say to them?

Palin:  My Razzball-Americans…(Editor’s note: We know of, and appreciate, our readers who live outside America.  Razzball Nation has no country barriers.)…Senator McCain and I are mavericks who will fight for all the hard-workin’ everyday Americans and Joe Six Packs out there.  We will stand up to the ESPN’s and Yahoo’s and CBS Sports of the world.  We know you’re sick of all those (ESPN) Insiders tellin’ ya how you should manage your team.  We will reform the system and fight those that want to raise league fees.  Barack Obama wants to veto your trades, tax your winnings, and has been known to pal around with known terrorists like Matthew Berry.

Rudy:  Thank you for your time, Ms. Palin.

Palin:  Well, again, Rudy, I do want to thank you and Grey for having me on your blog. This is such an honor.  Oh, and here’s a shout-out to all you I play against in the ‘Drill My Refuge’ fantasy baseball league.