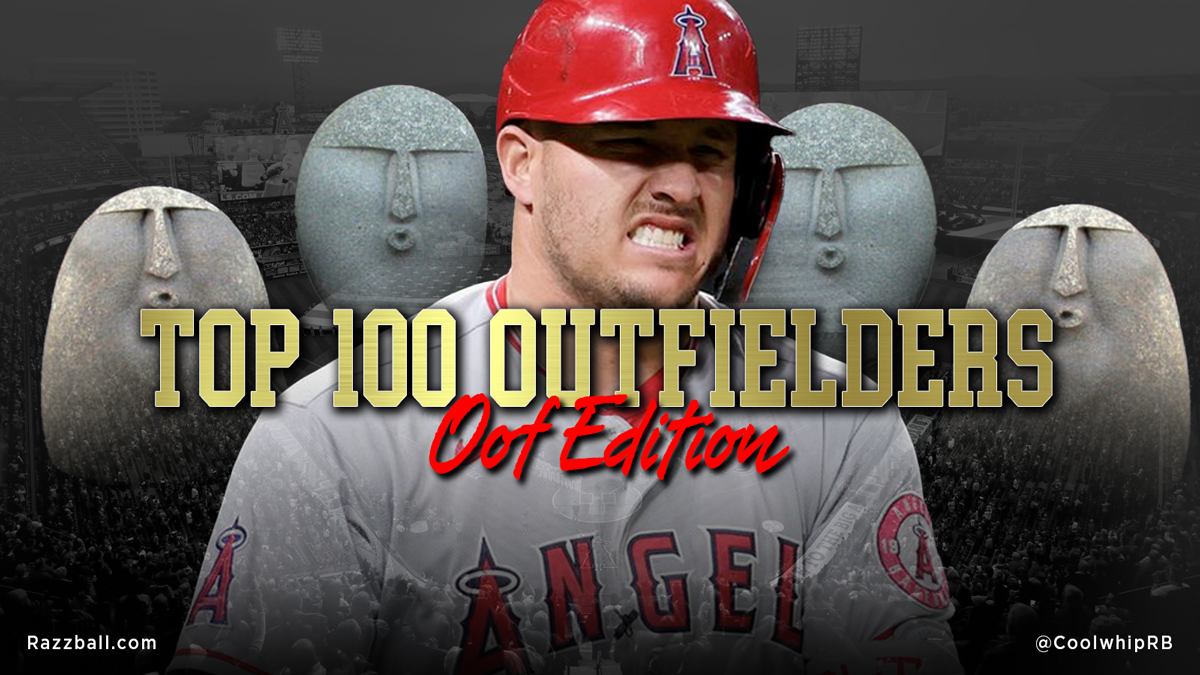 We are 2 months into the season now (when the 2020 season ended, crazy huh?). Is it bad that the majority of success right now can be weighed by how many of your guys are on the IL? Oof. The other working title was “Doom Over My Hammy Edition” but that was just ridiculous. This week’s episode has become basically a spin-off of JKJ’s weekly bit, Ambulance Chasers. whew. That’s not so much an ambulance whew whew, as it is a sarcastic celebratory whew. Although… why not both? So as I said, we’re 2 months into this season now which puts us at roughly the 1/3 mark. Therefore, I have now made some adjustments to projected values reflecting this very truth. And that’s right, you guessed it. Adolis Garcia is rocketing up the charts like his batted balls to the heavens. I don’t have him in enough places and that makes me sad. Oof. Oh, and spoiler alert, Mike Trout is injured now… giant OOF. So many Oofs and so little time. But first, a word on the god-man Shohei Ohtani…

Ohtani’s current value on the Razzball™ Player Rater is $49.6, which would make him the #1 OF. Why am I bringing this up? Because Joe Maddon the Mad Switcher has kept Ohtani in a few games after pitching as well as subbed him into key ABs during his rest days… which has led to him then rotating to RF. (He can play RF? You’re damn right!) In the NPB, he logged 60 games in the OF with a .990 fld%, translation: he’s pretty good at that too. All that to say, *points to the graphic below* he’s logged 4 game appearances so far there this season, meaning, he is 6 away from qualification in Yahoo and NFBC *eggplant emoji*. Rest assured, I’ll keep the countdown updated as we approach… Coronation Day!

After today's pinch-hit and substitution in RF, #Angels Shohei Ohtani is now 6 games away from OF position eligibility in NFBC! The countdown continues… #ohtanicountdown pic.twitter.com/JK6jVz58Dc

Enough pleasantries, let’s get down with the rundown.

J.D. Martinez – Speaking of position eligibility, Just Dongs just got his OF position acquisition. Ding ding dong! He’s really good in case you haven’t noticed. 2020 was just that. He looks as good as before and has been a key contributor as part of a Sawx Stack on my RazzSlam team. Looking under the hood, all metrics look in line with his 2019 season. *chef’s kiss* Congrats to the rest of you that got him at a massive discount this season, I salute you. Which reminds me (uhoh Coolwhip is getting on the soapbox again), DHs can hit too, fam. In fact, they are such because of that, not in spite of that.

Adolis Garcia – tied for second with Ohtani in the league home run chase at 15. Last time, I said I wouldn’t be surprised if he cracked the top 40… ummm, yeah. He’s succeeded and exceeded those expectations. He’s currently batting .290 with 15 HR, 40 RBI, and 5 SB. Yowza, yet another specimen of an OF that the Cardinals let slip through their fingers. One thing I want to point out, the prospect scouting card says his hit tool is a 40 grade (out of 80) so he’s not likely to maintain the 290.  His power is the truth, no mirage there, but his contact skills may not be quite as advertised. Looking under the hood a bit he has a .316 BABIP which is reasonable for his track record (.305 at AAA), a 27.9% K-rate and 4.8% BB-rate… that sounds reasonable with profile, though his last stop a AAA his K-rate was north of 30%. And lastly, he’s currently sporting a 32.6% HR/FB rate on top of a 41.8% FB-rate. *John C. Reilly face* Now, Joey Gallo has 30.7% HR/FB from 2017-2019 with a 48% FB rate. Could he be Gallo? Sure, it’s possible. But Gallo has a .210 batting average over that span. Conclusion: he’s probably more of a .230-.240 hitter… which is okay! Because so far this season the MLB average is .237 (although you could sell high if you want to)… HAhaHAhaHAha… I need a drink.

Tyler Naquin – So I goofed. I dropped him in one league when Senzel came back because I was desperate at the time for outfielders playing daily. Well, surprise. Senzel back to the IL today. And even before now, Naquin has still been playing regularly and mostly productive. Additionally, over the last week+ he’s been hitting 3rd and 4th in the order, especially now that Bell moved Suarez to leadoff (I know goofy). His average has regressed over the last 2 weeks but there’s plenty of opportunity in the middle of the Reds lineup.

Kyle Schwarber – Joe Buck’s heartthrob seems to have found his stroke recently. Over the last 2 weeks, he’s been batting .294 with 5 HR and 12 RBIs, and 1 SB. *fire emoji* Looking at his contact metrics everything checks out highlighted by a 53.2% hard-hit rate. *double fire emoji*

Trey Mancini – You gotta love the story. He battled cancer for a season and is now mashing. Over the last 2 weeks he’s hitting .375 and now leads the league in RBIs with 41.

Brad Miller – It wouldn’t be an MLB season without a patented Brad Miller bender. Over the last week he’s batting .381 with 2 HR and 1 SB. It’s happening. Looking ahead, starting May 31st he begins a series @CIN, that could be very tasty.

George Springer – Not even accelerating yet. No running, No timetable. No rank.

AJ Pollock – Re-aggro’d the hammy last week and now headed for the IL. See, this is why you let the tank pull the boss.

Harrison Bader – Hairline fracture of rib. They are hopeful this will only keep him out the 10 days, but that’s also what the Dodgers thought about Bellinger’s hairline fracture with “no structural damage.” AND HE’S JUST NOW COMING BACK. I think.

Bryce Harper – To the IL with forearm contusion after struggling at the plate prior while Girardi “hid” the injury from the public. That’s terrific. He said it was because of competitive advantage… but how many of those games did you win? Yeah, exactly. Galaxy brain.

I’m sure there’s more, but that’s all my brain could process at the time. This unholy carnage can be best summed up as: 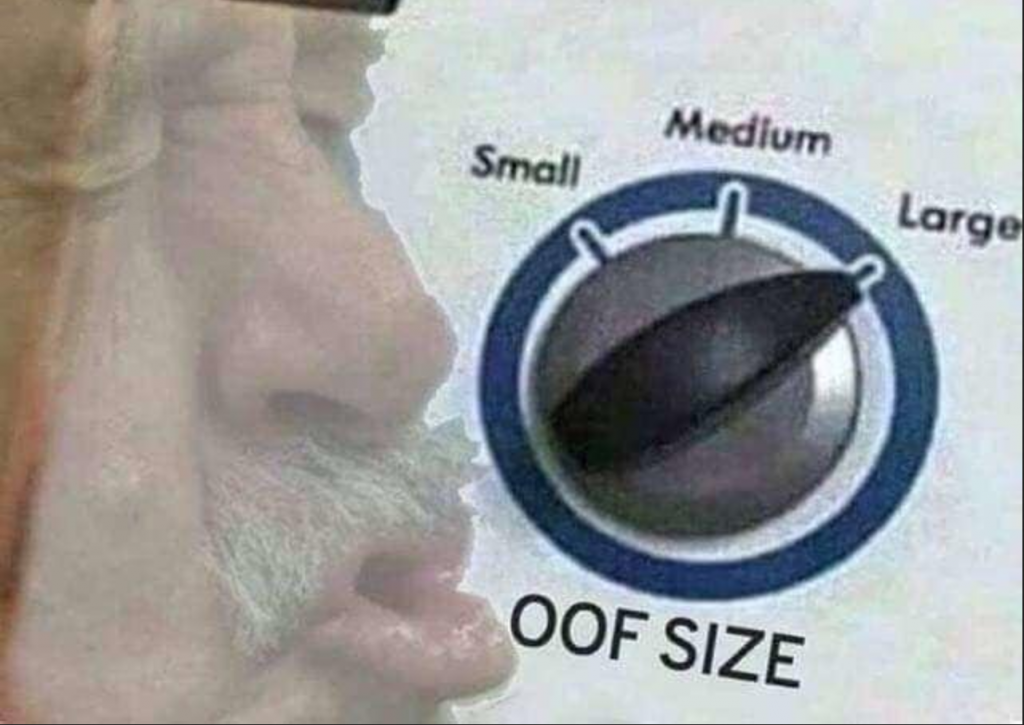 Alex Kirilloff – Came back last week and has collected plenty of hits but no home runs yet. I suspect we’ll see them soon enough as he’s been hitting as advertised so far after a quick adjustment to MLB earlier. The kid is special and we’ll continue to see more of that.

Cody Bellinger – Currently hitting bombs for the Dodgers… via AAA in OKC. You remember him right? Tall dude, killer swing, stares into the sun and hits a lot of bombs from the middle of the Dodgers lineup. Fun guy. Hopefully he’s back this weekend(?) Next week? I don’t know. Nobody is saying anything! I’d like him back, please. Me trying to figure out when Cody returns: 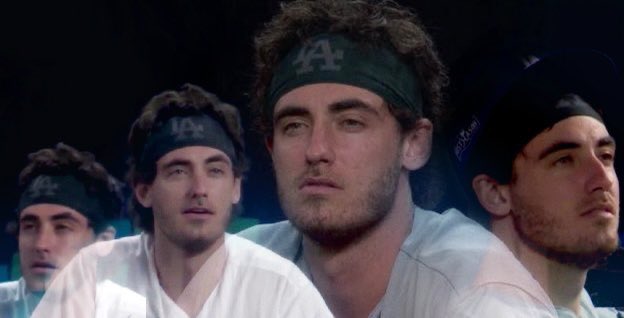 Would you trade Bichette for Soto in a 5×5 roto redraft league?

I own both Soto and Betts. They won’t be top 15 outfielders this year, let alone top 3. Soto is hiding an injury and betts is dealing with a bum shoulder and wonky back. Not exactly a recipe for success. Forget as an owner, as a fan it breaks my heart to watch two of the more fun players to watch be sub replacement level players.

I own both Soto and Betts. They won’t be top 15 outfielders this year, let alone top 3. Soto is hiding an injury and betts is dealing with a bum shoulder and wonky back. Not exactly a recipe for success. Forget as an owner, as a fan it breaks my heart to watch two of the more fun players to watch be sub replacement level players.

Yeah we’ll see. There’s still a lot to be played. Yeah having so many stars injured this year sucks big time as a fan for sure.

Would you send Harper for Bichette?

I owned Adolis earlier this year, and he really didn’t do anything that warranted me dropping him, I just didn’t believe he could continue raking and dumped him for a schmuck after a two-day hitless streak. What a dick me is!

Ouch. I did that too in one league for Tyler O’Neill. Not a total loss but definitely been a step down.

I was engaging in my usual waiver wire manipulation antics and lost Josh Harrison…I had just picked up O’Neil, and figured….he is an Adolis Garcia clone, so I flipped Garcia to get Harrsion back on like May 3, the week he went off and hit like 6 HRs. Lol

Franchy sent down. Grab Duran? Or not yet his turn. I have Just grabbed Adell, who has been tearing it up.

hmmm, I’m not sure on the Duran front. I hope so. I don’t think the Angels are in a hurry, Taylor Ward has been fielding RF well so far and has recented started hitting better.

Duran is off to Olympic qualifiers for now. I think this is more ABs for Santana

What should I demand in return for Adolis Garcia, who is a $6 keeper next year in our league (unlimited keepers with cost elevators every year)? Looking for as good a starting pitcher as I can get.

Well after I wrote this piece he tied the league lead in HRs with Vladdy. So right now he’s gold. I would treat him as such with your opening salvo, cus no one can dispute his current value and trend. I’d ask for Gausman, Kershaw, Urias, Glasnow, Musgrove. Someone in that 2nd tier group.

You put Zach Wheeler in that group or just below it? With all the people not being able to find the zone or go 6 innings rn, I like his big innings and heater in the zone approach.

Yes I would, he’s been legit

What do you make of Kyle Lewis and Kelenic at this point? Surely the Mariners score more than like 2 runs in a game at some point this year, right? right?? lol

hahahah yeah tell me about it. The Mariners are a bad hitting team collectively. It feels like Kelenic is being treated as the 2nd best hitter on the team so pitchers are going after him since they aren’t scared of the rest of the lineup. Kyle Lewis has actually looked decent, it’s just not producing any counting stats due to no help and he’s settling for singles/doubles. He could turn it on if rest of team steps up. Haniger seems like the only bright spot there at the moment.

What can the Dodgers possibly hope to gain with Belly spending more than a game or two doing MiLB rehab? There has to be some dumb loophole they’re trying to exploit, right?

I have no idea. They might be playing extra safe because they believe they are safe in the division and want to make sure he’s good for 2nd half, but it seems wild to me based on an injury with “no structural damage”.