Please see our player page for Brandon Crawford to see projections for today, the next 7 days and rest of season as well as stats and gamelogs designed with the fantasy baseball player in mind.

Second to last DFS article of the year for me. It’s been a fun ride. Not my best year, however. On Mondays, my double-ups were 11-14. Not ideal for building a bankroll, but I trust the process as we’ve had plenty of profitable years in the past. Short write-up again this week due to limited […]

What’s up fam, I’m filling in for Mr. Pants this week, and what a weekend to do it… Albert Pujols became just the fourth person ever to hit 700 HR at the big league level. Truly a remarkable feat. What’s even more remarkable is that he nearly died on the vine outside of the walls […]

“With that trade, the Giants will now be seeing if they can turn a Harry Styles Chia Pet into a halfway decent 2nd baseman. We just now he’s not gonna wanna ride the pine!” Announcers laugh, but, before they can finish, the Harry Styles Chia Pet slaps a ball over the fence for a three-run shot. “I’ll tell ya what, Jon, that Harry Styles Chia Pet has got some pop!” Okay, so Lewis Brinson (1-for-4 and his 3rd homer, and 3rd homer in two games) isn’t quite turning a Chia Pet into a major league All-Star, but it’s not that far off. As Jesse would scream in Breaking Bad, “The Giants can’t keep getting away with this!” ‘This’ being turning cast-offs from other teams into bona fide major leaguers. Of course, Giants turning Lewis Brinson into something would be their “making the Statue of Liberty disappear” of player reclamations, but they did it with Wilmer Flores, J.D. Davis…They got someone named B. Johnson in right field, and I half expect it to be Boris Johnson, after losing 10 Downing. Do I think Lewis Brinson is fixed for 2023 fantasy? I’m not sure he’s fixed for this week! but he’s clearly hot and show be rostered until further notice. Anyway, here’s what else I saw yesterday in fantasy baseball:

It’s actually as in Brett “Beatty” — not “Batty,” because I know in your head, you see Brett Baty and think Batty. Oh, yeah, I know what is going on in your head. You’re thinking I also pronounced it Brett “Batty.” Wrong, Slick Rick, the Ruler! I’m in your head, but you’re not in my head! In my head, I like to pronounce Brett Baty’s last name “Bat-Why,” and with a flourish like it’s Pad Thai. I’ll tell you Bat-Why! Bat-Why because just last week he landed on Itch’s top 25 prospects for dynasty leagues, where he said, “Brett Baty has no business in AA. He’s repeating the level after posting a 118 wRC+ in 40 games last year, and he’s slashing .355/.427/.655 with eight home runs in his last 26 games. Who’s in charge of this stuff? What’s happening here? This is dumb, so I think somehow Grey’s behind it.” Okay, not cool. Bat Why’s numbers at Double-A ended up 19 HRs, .312/.406 in 89 games, as he was finally promoted to Triple-A after Itch’s insistence, and he’s continued to hit there too. The Mets need a third baseman with Eduardo Escobar IL’d and Baty is being called up. I Bat-Why’d on all my teams where I too need a third baseman. He could be the last big call-up. By the why, who doesn’t need a 3rd baseman? The one team who drafted Jo-Jo-Ram in your league? Cool, not me, which is why I Bat-Why’d and that’s Bat-Because. Anyway, here’s what else I saw yesterday in fantasy baseball:

OHHHHHHH we’re halfway there! Welcome to your weekly Razzball injury report, friends. It is the halfway point of the 2022 MLB season. The All-Star game offered a reprieve to the broken bodies along this trail. In 2022 thus far, players have been most widely afflicted by COVID-19 (both precautionary and illness-related), shoulder injuries, and elbow […]

As soon as you’re finished with this post, I want you to close your laptop, step outside and look at a bird in flight. Pick up a flower, breathe in its fragrance, sneeze from your allergies, wave to a neighbor and close your robe because you’re not just waving with your hand. How does that feel? Exhilarating? Then your dedication sucks! It should be a total bore. You should be more interested in whether or not I’m going to have a top 100 for the 2nd half of fantasy baseball tomorrow than what your significant other has been doing for the last three and a half months. Luckily, I will have a top 100 tomorrow, and your significant other can keep being your fantasy team. Okay, enough hubbub on the tomfoolery! Chris Sale broke his pinkie yesterday. Well, Aaron Hicks broke it, technically. If not for bad luck, Chris Sale would have no luck. I was minding my own business yesterday, watching the Yankees/Red Sox game when I heard the worst thing I’ve ever heard in my life, a pubic hair commercial, then the 2nd thing worst thing was Sale’s pinkie going creeee-ack. Not sure how long this knocks him out, or how long I will be thinking about that pubic hair commercial, but they might be similar timeframes — the rest of the season. Anyway, here’s what else I saw this weekend in fantasy baseball:

Welcome to your star spangled edition of AMBULANCE CHASERS, Razz peeps! In honor of Independence Day, I have put a red, white, and blue vinyl table cloth down and laid out some lukewarm potato salad. I am on a budget. So, I hope you like Dr. Thunder. Also, there will not be any fireworks because […]

Happy Father’s Day to all you fathers out there this past weekend: If you’ve taken a break from baseball to focus on the NBA finals this past week, I’m happy to say we’ve had another exciting slate of MLB action. They say you always will see something new at the ballpark on any given day. […]

Welcome back to MLB DFS, Money Monday edition. It’s me, Cousin Timmy, and I’m here to keep your Monday nice and green. We have an 11-game main slate on FanDuel tonight with first pitch set for 7:05 PM ET in Baltimore.  We have all new series starting today including another round of Coors Field and […]

Woke up yesterday morning and Googled to see if there ever was a movie made called, Call Me By Your Mom with Timothee ChalaMILF, then Christian Yelich (4-for-5, 2 runs, 3 RBIs, 5th homer) hits his third cycle vs. the Reds. Could this be a coincidence or deja vu? Whenever I think of Yelich, I think of Mr. Redleg: 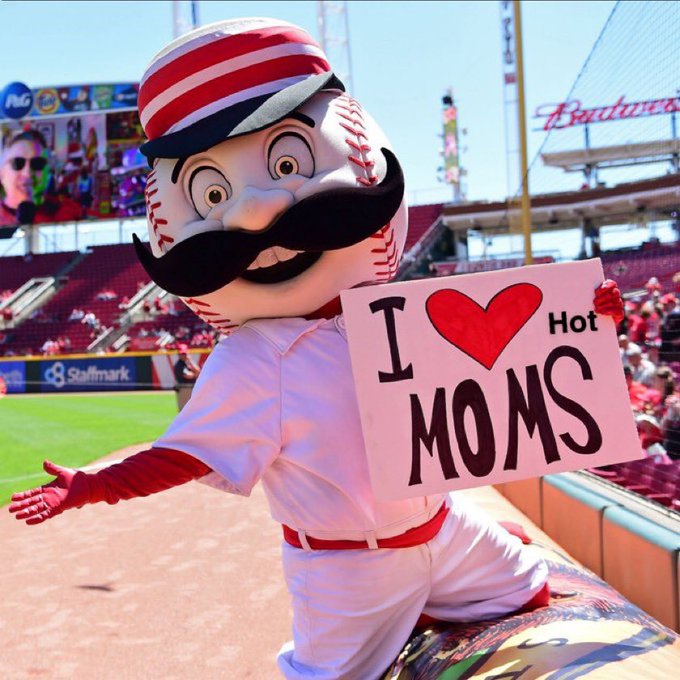 Excuse me! His name is Mr. Redlegs! Wait, am I talking about cojoined twins now? Co-Dick? Corey Dickerson did nothing yesterday (or all year). Yelich was an early season goof-up by yours truly. He looks markedly better than last year. I saw his sample size — hey now! — in the first two weeks and thought we were in for another long season of ground balls, but he’s actually improved. He’s hitting everything hard, and in the air again. Yelich might not be the Yelich of old — the top 10 overall Yelich — but he could easily be a low-end top 20 outfielder. Now, I’m off to see if anyone will invest in Call Me By Your Mom. Anyway, here’s what else I saw yesterday in fantasy baseball:

Happy Wednesday! We have an interesting MLB DFS slate on tap tonight with an eight-game slate starting at 7:05 p.m. ET. This article is focused on FanDuel picks using the Razzball DFS Tools to share some of the top plays of the slate. To dig deeper into the slate or to see the best plays […]

Good day, All, Things have been interesting as usual as we are approaching the end of the first calendar month of the MLB season –  future Hall-of-Famer Miguel Cabrera reached 3,000 hits, the Rays threw nine no-hit innings in a game that ended up not being a no-hitter, and MLB is allegedly using two different […]