Few players have been more vexing to own in fantasy baseball this season than Carlos Santana. Great things were expected from the 29-year-old switch-hitting slugger in 2015, but he’s currently being out-slugged by the likes of Jose Iglesias and Dee Gordon while producing a lower batting average than Ryan Howard and fewer runs batted in than Jose Altuve. That’s about as successful as the recent Ryan Seacrest show was. But while there’s little chance of Seacrest becoming useful in the near future, Santana has been productive in recent years, and, as a player who has yet to reach his 30s, should theoretically possess the same skill set that has allowed him to enjoy that fantasy success. Let’s take a look at his career numbers on a yearly basis since his MLB debut in 2010:

Santana had his owners singing “Oye Como Va” on draft day, but he just has them muttering “oy vey” these days. Santana has already set a new career high in steals with 7 this season and his walk and strikeout rates are in line with his career averages. Unfortunately, he hasn’t been hitting for the power or average that was expected of him coming into the season, as his current .225/.351/.387 triple slash line would represent career lows across the board.

Let’s examine his batted ball profile to see if any explanations can be found there:

Santana’s line drive percentage (16.7%) is down for the second straight year, and his current ground ball (44.9%) and infield fly ball (18.9%) percentages would represent career highs for him. His soft and hard hit percentages are trending in the wrong direction as well. Very concerning.

It wouldn’t be a bear/bull without a player comp thrown in, would it? I have two comps for you today, actually. I’ll give them to you rapid-fire style. We’ll go the mystery player route as well, where each player’s stats will be matched up with Santana’s and the names won’t be revealed until later on. Ooh, the suspense! Here’s the first table which features Santana’s career stats as well as those of a mystery player who is no longer active:

The second table contains stats accumulated from the beginning of the 2014 season through today, and can be seen here:

While neither player comparison is perfectly accurate, there are plenty of similarities here. Though Santana has a slight edge in home run power in each table, his slugging percentage is actually lower than each of the mystery players. Santana also has a higher walk rate than player B in the second table, but the overall offensive production is quite similar in terms of overall offensive value. Time to reveal the mystery players. Player A in the career comp table is none other than the legendary Nick Johnson, while player B in the peer comp table is current Blue Jay catcher Russell Martin.

The most concerning thing about Santana’s 2015 season is his complete lack of power versus left-handed pitching. Let’s take a look at his splits:

Santana has yet to homer against left-handed pitching this year, and his .276 SLG (10th lowest in MLB) and .041 ISO (12th lowest) when facing lefties are among the worst in baseball. You could call it the Pablo Sandoval syndrome. Whatever the reason, Santana has hit for less power against southpaws than Ben Revere this season. For a player who derives the majority of his fantasy value from power production, this is obviously a huge concern.

It might be time to reevaluate the expectations for Santana moving forward. He’s become an average drain (.228 BA since the start of ’14) who doesn’t hit for power against LHP or steal enough bases to provide much value with his legs, which is to say that he’s not as much of a Chris Davis type of fantasy player these days as he is a Curtis Granderson type. 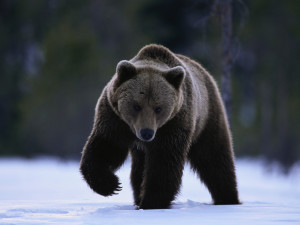