Back in 2013, a high school math teacher embarked upon one of life’s greatest mysteries: Did Double Stuf Oreos truly have double the cream between the wafers? Utilizing the free labor from his students, the experiment concluded that Double Stuf Oreos only contained 1.86 times the stuff. This is why I have trust issues. The lesson here, boys and girls? Never fully trust what your eyes see and take the time to dig deep. Which brings me to Jeimer Candelario of the Detroit Tigers, who has been absolutely en fuego to the tune of a .325/.385/.571 slash with 7 home runs, 27 runs, 28 RBI, and 1 stolen base in 169 plate appearances. Is this for realio?

Candelario is 26 years old, 6′ 1″, 221 pounds, and bats from both sides of the plate. He signed with the Chicago Cubs in 2010, then was traded to the Detroit Tigers in 2017. Throughout his minor league career, he exhibited good plate discipline, often having a walk rate over 10% and a strikeout rate below 20%. The batting average was all over the map, though. While he did exhibit a little bit of pop, the ISO only exceeded .200 once. His high in home runs was 11 for a season.

So far in 2020, the walk rate has ticked down to 8.3% but so has the strikeout rate to 22.5%. The ISO is a career-high .247. The number that sticks out immediately is the .395 BABIP. The batting average is going to come down, but by how much? Is there some change that could make the fall less precipitous?

Candelario is hitting more line drives than normal, a career-high 27.8% of the time. Interestingly, this number has increased 5% each of the past two years. He’s also pulling the ball less and going up the middle more. Ok, the approach may be maturing.

The plate disciplline numbers show that he’s chasing fewer pitches outside the zone while swinging more at pitches inside the zone. Hmmm, things just get more and more interesting.

This is why we dig into the numbers, as I was ready to dismiss his season up to date and call for big regression.

Now, he’s batting .297 against righties and murdering lefties at a .417 clip. His career numbers are .222 and .282 respectively. There will be some regression, but it looks like he’s become a more patient hitter yet aggressive and ready to pounce when he gets his pitch. In addition, he’s not letting pitchers just get ahead of him so easily and not pressing when he does swing.

Candelario is currently entrenched as the clean up hitter for the Tigers, so there should be opportunities to drive in runs. 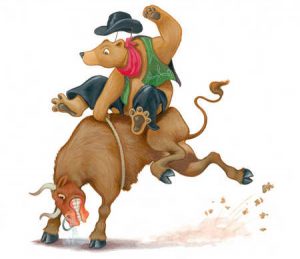