“Jiggy” is a term meaning to be cool and trendy. It’s often associated with a style of dress, and in the context of this song means dancing effectively and also making a name for yourself. It also became a term for sex.

According to the website Songfact, this is the meaning behind Will Smith’s 1997 smash hit “Gettin’ Jiggy Wit’ It.” I hope this isn’t true because that means I’m one of the least “jiggy” people around, as I was never cool and I could never dance effectively. While Songfact’s statement may or may not be accurate, I do know that Will Smith and his album Big Willie Style played a huge role in my life. See, I grew up in a VERY religious household and profanity was absolutely not tolerated. I couldn’t listen to music or watch movies with profanity in them and God f***** forbid a curse word slipped out of my mouth. So anything that could help me fit in with my peers that didn’t also make me feel like I was going to spend an eternity in hell was really welcome in my life. Enter Will Smith. He was hip, popular, and most importantly, he didn’t use profanity in his songs. He was also the star of Fresh Prince of Bel Air, which was one of the few TV shows that my Mom approved of. Will Smith was my connection to pop culture in the 90’s but there’s a new fresh prince in LA who fantasy drafters are hoping will connect them with a championship in 2021.

So this article isn’t about the actor Will Smith (though I would certainly write one if Grey allowed it). It’s also not about the Braves’ reliever Will Smith. It’s about 25-year-old Dodgers’ catcher Will Smith, the former top prospect who over the past few years has staked his claim as one of the top backstops in the league. Smith was selected by the Dodgers in the first round of the 2016 draft and proceeded to rip through their minor league system en route to his big league debut in May 2019. Smith did not disappoint in his debut season, blasting 15 home runs and posting a 132 wRC+ in 196 at-bats with the big club that year. Smith followed this up in 2020 with an even more impressive 163 wRC+  and a .318 ISO in 137 at-bats. Though Smith’s postseason wasn’t great (.203 average with an over 30% K rate), he did provide some heroics in Game 5 of the NLCS, blasting a go-ahead home run off of his namesake, Will Smith of the Braves. I recognize that we’re still working with a small sample size but it’s pretty exciting to see what Smith has done to start his career. In 333 regular-season at-bats, Smith has posted a 144 wRC+, which would be good for 14th in MLB since 2019 (300 at-bat min). Other names in his vicinity on this list include Mookie Betts, Fernando Tatis Jr., Cody Bellinger, and Mark…Canha? (Holy s***, go draft Mark Canha!). So the question is whether we can believe that Smith’s production is legitimate and sustainable heading into the 2021 season. As legendary TV broadcaster Warner Wolf would say, “Let’s go to the advanced statistical analysis!”

Taking a peak at Will Smith’s Fangraphs page was a more titillating experience than the time 13-year-old me caught a glimpse of Salma Hayek’s bare butt in Will Smith’s 1999 film Wild Wild West. Seriously y’all, an 18% O-Swing (The percentage of pitches a batter swings at outside the strike zone) and 85% Contact rate in 2020 is a thing of beauty and totally validates Smith’s 16% K rate and 11% walk rate from last year. What about the power? Well that looks legitimate as well, as Big Willie posted a 13% barrel rate and 47% hard-hit rate in 2020 and even has a 13% deserved barrel percentage going back to 2019 (go check out Alex Chamberlain’s pitch leaderboard.) We COULD go deeper but as I said in last week’s Ke’Bryan Hayes 2021 fantasy outlook, I’m not going to go too crazy applying every advanced metric to what is still a relatively small sample size. Bottom line is that we have every reason to believe that Will Smith is a legitimately skilled hitter. Given that he’s only 25 years old, there’s also the possibility that Smith continues to improve and becomes hands-down the best hitting catcher in baseball as soon as this year. So what could possibly hold Smith back from becoming a truly elite fantasy asset? 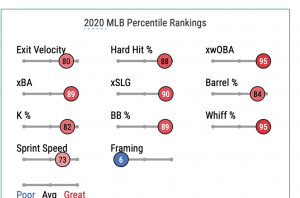 While it’s easy to drool over Smith’s strawberry red Statcast page, my pessimistic ass immediately gravitates towards that blue right there at the bottom. I don’t understand how catchers are graded on their framing but I do know that being in the 6th percentile is not good. And that’s important because of how it might impact Smith’s playing time moving forward.

The context for Smith heading into 2020 wasn’t great, as he started the year in a near-even time share with fellow Dodgers catcher and framing extraordinaire Austin Barnes. He was also buried at the bottom of the Dodgers’ lineup, hitting 8th or lower for the first few weeks of the season. While Smith’s early-season playing time was not ideal for us fantasy players, Smith’s September and postseason gives us reason to be more optimistic about his playing time heading into 2021. Shortly after his IL stint in mid-August, Smith began to climb in the loaded Dodgers’ lineup and finished the season batting either 4th or 5th in most games he started. This carried over into the Dodgers’ 2020 postseason as Smith started and batted near the middle of the order in 15 of 16 Dodgers’ playoff games, rotating between starting at catcher and DH. Oh, but that DH. As of this writing, we still don’t know if the NL will be adopting a DH again in 2021. Common sense tells me that the DH returns to the NL but I think we at least have to factor that into our assessment regarding Smith’s playing time in 2021.

I love projections and everything but their outlook on Smith’s 2021 has me questioning my relationship with them (it’s not me, it’s you Steamer). For example, Razzball’s 2021 Steamer projections have Smith penciled in for a .237 average with 19 home runs, 52 RBI, and 2 stolen bases. To be honest, that .237 average makes less sense to me than Gamestop’s stock surging to almost $500 per share this past week. Given the elite plate skills, fantastic quality of contact, and above-average athleticism, I’m taking the over on Smith’s projected batting average. Grey seems to agree, as he has Smith ranked #2 in his top 20 catcher rankings for 2021 and projects him for a .266 average and 21 home runs in 2021.

Smith is the 3rd catcher off the board in early drafts, going at an average of pick 108 in NFBC Draft Champions leagues since December 15th. Is that a bargain? Is it a bargain to buy a video highlight of Ja Morant for $35,000? The answer to both is “probably not” but I don’t know. We may look back at both Will Smith and Ja Morant’s video clip with the same level of regret, wishing that we had bought in before their values skyrocketed. Think of this scenario: The NL DH returns, Smith plays mostly full-time between catcher and DH, and he continues to display the elite skills that he’s showed since 2019 (or get even better). Well gosh golly, I think that puts him in the JT Realmuto tier and makes him a top-50 overall player in 2022 drafts (never too early to start prepping). The downside? Smith falls into a 5o/50 timeshare with Austin Barnes, the NL doesn’t implement a DH, and Smith caps out at around 400 at-bats in 2021. That sounds more tragic than Will Smith’s performance in After Earth. 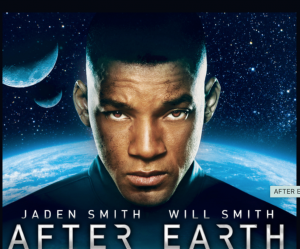 But unlike that abomination of a movie, there would still be something to be gained from this scenario. As discussed before, the skills are strong enough that even a part-time Will Smith can be plenty valuable.  We know how hard it is to find productive catchers, especially in a 2-catcher league, and it’s probable that Smith would still finish within the top-10 at the catcher position even if things didn’t break right this year.

Bottom line is that I’m in on Will Smith this year. Here’s my catcher strategy: In a 1-catcher league, draft Will Smith unless JTR or Sal Perez comes at a discount (they won’t). In a 2-catcher league, my plan is to draft Smith around pick 100 and pair him with another young, up-and-coming catcher in Oakland A’s backstop Sean Murphy.  If I miss out on one of them, I’ll wait to grab a boring second catcher getting full-time at-bats like a Yan Gomes or Jose Trevino. In super deep leagues, I’m also willing to take a shot on Elias Diaz just for the simple fact that he plays in Coors and looks to be in line for the majority of the starts there.

So I’m no longer religious and I don’t live with my mom anymore. I’m free to use profanity and engage in as much debauchery as I want (as I sit here drinking my chamomile tea while getting ready to go to bed at 9pm). There are some things that haven’t changed though. I’m still not dancing effectively, I’m still not cool, and I’m still getting jiggy to the hits of a man named Will Smith. 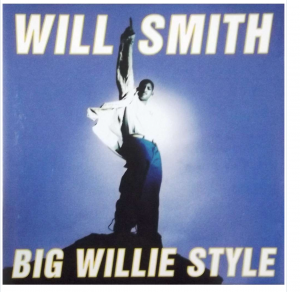