I have never had a more difficult time finding two-start streamers than I had this week. That’s actually why we’re going to start with the one-start guys because those are obviously the more reliable options. I’d go as far as to say that I wouldn’t even use these two-start streamers unless you’re desperate or if you’re in a deep league. That’s just the nature of the beast, though, and it should leave us with some more extensive weeks down the line. With all that said, I do love these one-start streamers, so let’s get into it!

Minor has been a major success in these streamers articles this season, and we’re going to go right back to the well. The 4.50 ERA doesn’t necessarily look special, but he’s been much better than that number would indicate. We say that because he has a 1.15 WHIP and a 9.9 K/9 rate, some of the best averages of his career. He’s been even better over the last month, generating a 3.32 ERA, 1.00 WHIP, and 10.4 K/9 rate over his last six starts.

All of that makes Minor a monster play this week, but the matchup is absolutely majestic. MM gets to toe the rubber against the Detroit Tigers, who own the worst lineup in MLB based on numerous metrics. In fact, the Motor City Kitties currently rank 27th in wOBA, xwOBA, OPS, and OBP while sitting dead-last in K rate. That’s a recipe for success for Minor, and it’s clear when you see that he has 15 Ks across 11.2 innings in his two starts against them this year. The Streamonator completely agrees, projecting Minor to provide $16 worth of value in this breathtaking spot.

Corn on the Cobb let us down last week, but we’re going to ride him again this week. Before a rare dud on Saturday, Cobb had a 2.25 ERA, 0.83 WHIP, and 9.8 K.9 rate over his previous four starts. He also started the season with two incredible outings as well, and it’s only been three starts that have really killed his averages. What’s made him so effective is the fact that he’s throwing his split-change so much. That’s what made him so dangerous in Tampa Bay, and he’s offering it nearly 50 percent of the time right now.

He’s not the only Angel we like, though, with Sandoval looking like an intriguing option as well. The left-hander set an MLB-high with 32 swinging strikes in his last start, striking out 10 batters in a quality start against Seattle. That sort of performance is hard to overlook, especially when you see that he’s allowed two runs or fewer in each of his last four starts. All of that makes these LA arms really attractive because they get the same spectacular matchup discussed in the Minor write-up. In addition, the Streamonator loves Cobb, projecting him to provide $14.7 worth of value. 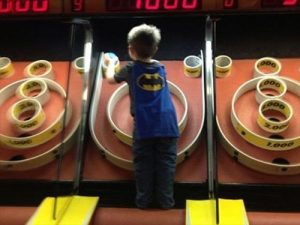 I honestly can’t see this name and think of this genius kid. This is the sort of boy who will be a master fantasy baseball player, a ladykiller, and a millionaire before he’s 18. Skubal has similar guile as this little man, playing the best baseball of his career right now. In fact, the Tigers southpaw has allowed two runs or fewer in nine of his 13 appearances, throwing at least five innings in each of his last seven starts.

That five-inning floor is pretty good, but it’s absolutely amazing when you see his 3.32 ERA and 13.3 K/9 rate in that seven-start span. Those strikeout numbers are truly incredible, and it’s scary to think that he has at least eight strikeouts in four of his last five starts. Of course, we like all of that against Kansas City, with the Royals ranked 22nd in wOBA, 23rd in xwOBACON, 24th in OBP, and 21st in OPS.

This feels like a silly reason to like someone, but I trust that the Astros will turn things around for Odorizzi. The former Twin has an ugly 6.75 ERA in six starts this season, but some injuries have hampered him into that nasty average. We’re talking about a guy who had a 3.88 ERA and 1.23 WHIP between 2013-19 before an injury-riddled 2020, and we have to believe the Stros will get him back to that player.

The 4.25 xFIP this season is a good indicator that he will, and it’s a good omen that his numbers will positively regress back to the mean. A home matchup with the Rangers should definitely help with that, with Texas ranked 23rd in K rate, 26th in OBP, and 28th in both wOBA and OPS.  The Streamonator likes him too, projecting him to provide $9.3 worth of value against this terrible Texas lineup.

Yes, you read that correctly. Corbin is one of our favorite streamers of the week, and I’m totally prepared for that to bite us in the butt. We’re going to take the risk, though, because it’s a guy who used to be exceptional getting two sensational matchups. Let’s begin by talking about his opposition, with PC getting two home starts. That’s already a good start to things, but a matchup with the Pirates is pristine. We say that because Pittsburgh currently ranks bottom two in runs scored, OBP, OPS, wOBA, and xwOBA. That makes me feel like we disrespected the Motor City Kitties because this is truly the worst lineup in baseball.

That should get Corbin cruising to start the week, and then another promising home matchup over the weekend could cap off his excellent week. The Mets currently rank 20th in OPS and 19th in xwOBA while scoring the fewest runs in baseball. So, facing the two worst offenses in baseball can make any pitcher look good, and we’re talking about a two-time All-Star. The southpaw had a 3.21 ERA and 1.12 WHIP between 2018-19, and we’re somewhat encouraged that he’s allowed four runs or fewer in each of his last 10 starts. I was a little hesitant to recommend this, but the Streamonator backed me up. It has PC projected for a 3.52 ERA and a 1.15 WHIP this week while striking out 11 batters across 12 relatively clean innings.

Is it 2015? If it was, these two would be owned in every league! That’s not the case right now, though, with Corbin and Arrieta looking like shells of themselves. Much like Corbin, we love Arrieta’s matchups though. We already talked about how vulnerable the Mets are, but the Marlins have an even crappier lineup. Miami sits 25th in runs scored and dead-last in xwOBA. That’s a nightmarish sign, and it’s promising that Arrieta gets two starts in pitcher-friendly ballparks as well.

The former Cy Young winner had a 2.67 ERA and 1.03 WHIP in his four-year stint with the Cubs between 2014-17, and we genuinely feel like he can recapture that form for a week, especially in matchups like these. We say that because he’s only had four rough starts all year, accruing a 2.66 ERA and 1.11 WHIP in his other eight starts. All of those shellings happened against great offenses, too, making Arrieta look more attractive with two cupcake matchups here.

Brad Keller/Brady Singer, KC (vs. DET): Facing Detroit is one of the best matchups in baseball, and it definitely puts these Royals pitchers in play against them as well.

Josh Fleming, TB (at SEA): Fleming has been brilliant for Tampa recently, and he should continue that against a 24th-ranked Mariners offense.

Triston McKenzie, CLE (vs. BAL): This guy mixes gems with duds more than anyone I’ve ever seen, but a matchup with the Orioles could lead to one of the good ones!