Last week, an official member of the Razzball Commenter Crew (It’s free to join!) asked if I could do a Bear or Bull on Jorge Soler. I immediately responded with “Bareback?” and “Are you Japanese by chance?” Ok, I lied. My first response was “Sure,” but that doesn’t get clicks!!! Plus, my jokes come out as fast as a sloth takes a dump, but hey….eventually both come out. Anyways, Soler has been a hot topic recently. I’ve seen headlines circulating all over the internet, but like a psycho child that doesn’t take a peek at the hidden Christmas presents, I refrained. I wanted an unadulterated look. So, here it goes…

The first thing that jumps out to me is the .406 BABIP, which is contributing to the .308 batting average. Both are unsustainable and will come down, but by how much? The projection systems have Soler pegged for a .315 BABIP and .243 batting average. Those numbers seem fair, but I’m just not going to let the machines dictate my life. How many times has autocorrect failed me?

Soler currently has a 25.2% strikeout rate. Last season, that number was 32.7%, but in two of the three other big league seasons, he had a 25% rate, so that number isn’t an outlier. The 15.7% walk rate is a juicy number. He often had a high walk rate in the minors, but the number had never been higher than 12% in the big leagues. The interesting thing to note, though, is the improvement he’s made since getting his first taste of the Show. When he made his debut in 2014 with the Cubs, the walk rate was 6.2%. The following year, it improved to 7.9% then spiked to 11.7% in 2016. Last year, the walk rate was 10.9%. The 15.7% rate is probably unsustainable, but expecting a 12% walk rate is not a profound idea. In fact, most of the projection systems have him down for 12%.

When looking at the batted ball profile, he’s hitting more ground balls and fewer fly balls. The GB/FB ratio is 1.14, the first time over 1 since back in 2015. He’s still an extreme pull hitter (54.8%) and the hard hit% is a robust 42.5%. Hmmmm. So he’s rolling over on a lot of pitches, but smashing the ball when he connects.

Kind of makes sense now. Soler is seeing fewer fastballs and more offspeed stuff. Is he becoming more like a jaguar in the jungle waiting to pounce on its prey?

Whew. That’s a lot of numbers. Here’s how I interpret everything. Soler is a much more patient hitter and is smashing the ball when he gets his pitch. Unfortunately, he’s seeing more offspeed pitches, which are inducing more ground balls. Since he’s primarily a pull hitter, he’s rolling over on most of the outside located offspeed pitches. I’d feel more comfortable with Soler going forward if the line drive rate was higher (17.8% currently) or he went oppo more. With that said, he’s hitting second in the batting order and should feast on mistakes, but it looks like there’s been too much luck involved to get behind the .300 batting average. 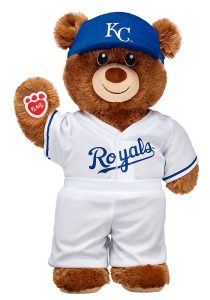