I’m a Chevy Chase guy. The National Lampoon movies, Caddyshack, and Spies Like Us were some of my favorites. I also enjoyed Fletch, in which he portrayed Irvwin Fletcher, a newspaper reporter who utilized a bevy of disguises. Would I shell out $13 for a movie ticket + $10 for popcorn + $5 for a drink + $5 for Red Vines if it was showing in the theaters now? Negative. It’s a B movie from the 1980’s, but if my desktop abacus is not failing me, the money I save from not going to the theater could allow me to purchase some mental PEDs, which would make it an A +++ movie. Regardless, the movie did well enough at the time of its release that the powers in Hollywood spent money on making a sequel, Fletch Lives. As with most sequels, it wasn’t as good as the first, but it was entertaining nonetheless. Which brings me to David Fletcher of the Anaheim (definitely not in Los Angeles) Angels, who is the sequel to another David of Angels past. Will this sequel fail to live up as well?

The other David whom I speak of is David Eckstein, who was 5′ 7″ 177 pounds, an Angels player for the first four years of his career, and won the inaugural MLBPA Heart and Hustle Award in 2005. A two-time All-Star and World Series MVP in 2006, Eckstein had a career 6.6% walk rate and 7.1% strikeout rate. He never hit more than 8 home runs in a season, but stole 29 bases in 2001. Eckstein often batted leadoff and scored over 90 runs three times.

The BABIP is .300, so the .306 batting average seems legit. Not sure what to make of the .148 ISO, though. For most of his minor league career, that number was in the .075 range, but he did pop a .209 number in Triple-A last season. In addition, there’s been talk that the balls are now juiced and the seams are different than their minor league counterparts, so double-digit pop isn’t out of the question.

When digging into Fletcher’s numbers, the plate discipline numbers jump off the page and are mind boggling. He has a 1.5% swinging strike rate. For perspective, Mike Trout is in second with a 3.3% number. All time, Marco Scutaro posted a 1.6% swinging strike rate in 2013. Crazy. With a low swinging strike rate, it would make sense that the contact rates would be high: 98.1% in the strike zone and 95.7% in general. Guess what? 2006 Juan Pierre was the only other player in the history of baseball to match his contact rate in the zone, and 2013 Marco Scutaro was the only other player to match is contact rate in general. Now, the sample size is obviously smaller than those other players, but it sheds a light on how good his bat skills are.

A criticism of Fletcher’s game when he made his MLB debut last season was that he was a free swinger who didn’t take a walk. Well, he increased his walk rate 3% from last season and slashed the strikeout rate 7%. In addition, he’s swinging at 8% fewer pitches and chasing 6% less than last season.

Why is Cypress Hill flooding my brain right now? Insane in the membrane indeed.

I doubt Fletcher steals 20+ bases like Eckstein did early in his career, and he may not even eclipse 10 home runs on the season, but a good batting average and a ton of runs should be scored, as long as he remains batting leadoff in front of Mike Trout, Shohei Ohtani, and Justin Upton (when he returns from injury). He also possesses multi-position eligibility (2B, 3B, and OF). 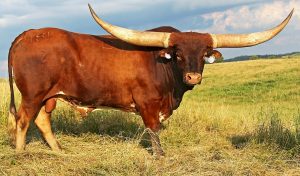