First off, a humungous thank you to Grey for the recommendation and to Jeff Erickson, Todd Zola, and Peter Kreutzer (and any others over there I may have missed, apologies, I’m new!) over at Tout Wars for letting little ol’ me into the land of Touts.  I’m still not 100% sure I belong…but then I got a load of my competition!  (Hey-O).  I kid, this group looks great!  Although, if I can’t beat former Mets GM, Steve Phillips, who must have better things to do with his time, then maybe I don’t belong. It’s taking all my willpower to not make an inappropriate joke here, so we’ll move on.

The league I got placed into is the 12 Team Mixed draft, along with fellow Razzballer, RotoWan!  The league is a sandbox for trying out some different categories so we have OBP instead of AVG, Saves + Holds instead of Saves, and one I haven’t played before, IP instead of Wins.  Look, I’m thrilled to get rid of Wins as a category, but IP is an interesting choice.  I’m curious how this plays out.  I have played in just a couple of OBP and S+H leagues in the past, so this should be fun!

Like any good Razzballer, I used Rudy’s War Room for this draft but made some tweaks for OBP (thanks to the OBP Player Rater!) and did some gorilla math to force in S+H.  This was basically just taking the pitcher projections, adding up everyone’s saves and holds, and roughing in some dollar values for those.  That “roughing in” makes the total dollar amount of my draft seem high, but the point is there I think.  My draft strategy with S+H was basically…ignore most RPs until I was sure I was getting a deal and replacing these stats via FAAB should be doable in-season if needed.  Alright, let’s get into it!

Here’s a link to the DRAFT BOARD and here’s the squad:

I’d like to also thank, Random Italicized Voice for taking the time to interview me about this team:

Why don’t you start by explaining why Kyle Muller shows up on the draft board in the seventh round, but he’s not on your team above.

Sure thing!  I am a big Braves fan, but even this is too much for me!  Tout Wars is run through Onroto.com, but the draft is done through FanTrax.  Onroto has Ohtani as two separate players, one pitcher, one hitter, so Muller was just a placeholder for Ohtani, the pitcher.

Got it. So, how do you feel about your first Tout draft and first time in a league with these funky categories?

Honestly, I’ll feel pretty great about it!  I loved having Mike Trout fall into my lap at pick eleven in an OBP league, that felt like cheating, to be honest.  Now I just need him and Mookie to solid, healthy seasons.  The War Room loved my draft, I didn’t swap Wins out in the War Room, but hoping that IP and Wins have some correlation and I mentioned my questionable math in S+H, but the numbers look pretty good to me:

That 12.9 in OBP from Mike Trout is huge and the late-round gem of Brandon Nimmo and his 7.5 were great gets.  I was excited to nab Varsho at catcher in a two catcher league.  Alonso and Mondesi make me giddy.  I was a little nervous about Ohtani the pitcher, but the seventh round seemed like a decent spot, and following that up with Manaea/Framber was the cherry on top.  Kopech might burn me too, but I’m hoping grizzled vets Carrasco and Matz can eat some innings if needed.  I am a bit underwhelmed with my middle infield, if this team has a weakness, that’s it.

Any draft day regrets and/or did you stick to your plan?

Not taking Wander Franco in the fifth and instead, being mesmerized by Tyler O’Neill’s biceps was my biggest blunder.  Wander would have made me not hate my middle infield so much.  As for “the plan”…I think I did alright.  I bit on Will Smith in the 11th, which is maybe earlier than I anticipated taking a RP, but he seemed like the last player whose job was a lock to remain in the ninth.  Otherwise, I feel like I waited on RPs long enough.  I was targeting Karinchak in hopes he returns to those 17 K/9 days of 2020 and I also eyed Fairbanks as a target.  I wanted to be balanced while focusing on OBP and I do think I achieved that goal.

Alright, give us your prediction for this year.

The days after a draft, everyone feels like a winner, but I really feel great about this squad.  I need to wrap my head around how the waivers and things work for Tout Wars, there will be some learning curve there I’m sure, but I think I have a shot at finishing towards the top of this league.  Alex Fast has the bullseye on his back and I’m aiming for it!

I’ve been trying to figure out how to change Rudy’s war room for my 6×6 OBP and Holds league could I pick your brain on how you were able to do it?

Hey, thanks, Task Force! Absolutely! It might take some extra effort since it’s 6×6, but I think we can make it work. Shoot me an email, truss at razzball dot com, and I can lend a hand. How handy are you with excel?

That OBP — haha, a fire emoji put by a giant’s butt when he farts — nice team overall! Love the pitching too… 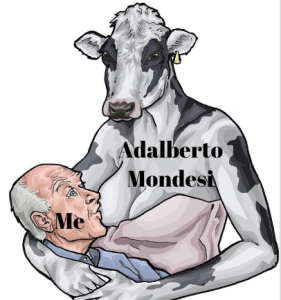 Haha, thanks, boss! Hoping to do Razzball proud!